Warning: "continue" targeting switch is equivalent to "break". Did you mean to use "continue 2"? in /home/jobstnzy/aquanaira.com/wp-content/plugins/revslider/includes/operations.class.php on line 2695

Warning: "continue" targeting switch is equivalent to "break". Did you mean to use "continue 2"? in /home/jobstnzy/aquanaira.com/wp-content/plugins/revslider/includes/operations.class.php on line 2699

Warning: "continue" targeting switch is equivalent to "break". Did you mean to use "continue 2"? in /home/jobstnzy/aquanaira.com/wp-content/plugins/revslider/includes/output.class.php on line 3581
 Fish Feed Ingredients – AquaNaira Consultancy Services 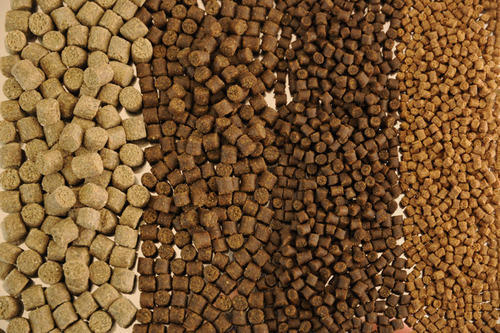 Just like any other animal, the health of fishes is also heavily dependent on what is being fed to them.  Feeding fish with a well nourished feed helps not just in the development and growth rate, but also help boost immunity which helps guide against diseases. The common classes of food, i.e. Carbohydrate, Protein, Minerals, Vitamins, Water, Fats and Fiber are all essential in the makeup of a quality fish feed. The source of protein is of both animal or plant source, depending on the requirement of fish species cultured and cost manipulation desired. The protein abundance in feed ingredient used is referred to as CRUDE PROTEIN (amount of protein contain when analyzed). The common source of protein used in fish feed is the FISHMEAL, which is obtained from processing small, soft bony and oily fish such as Anchovy, Clupeid and Herring. This forms the major part of every fish feed, due to its high concentration in the needed crude protein. Some of the popular fish feed ingredients are;

SOYBEAN MEAL: This is a plant protein source, obtained by processing soybean. It is another important protein source used in livestock farming. Soybean meal is obtained after extracting oil contained in soybeans.

FISH OIL: This is obtained from tissues of oil fish such as Salmon and Herring. Fish oil has a lot of benefits, which is mainly due to the two important omega-3-fatty acids it contains i.e. EPA (Eicosapentanoic Acid) and DHA (Docosahexanoic Acid).  These fatty acids have numerous health benefits, ranging from reducing inflammation and preventing High Blood Pressure.

POULTRY MEAL: This is another animal protein source, which is obtained from fresh poultry by-products.  Poultry meal is also widely used in feed production for livestock animals, such as fish.

FEATHER MEAL: This is another animal protein source widely used in livestock farming, mainly due to its high crude protein content. This is obtained from fresh feathers partially grinded under elevated heat and pressure, after which it is fully grinded and then dried.

BLOOD MEAL: This is obtained by drying and grinding of animal blood. Rarely used solely as a protein source in fish feed, it is mostly used in combination with bone meal.

BONE MEAL: This is obtained by drying and grinding of animal bones. This serves as a calcium source in feed, which basically helps in development of strong and healthy bones in livestock animals.

MEAT MEAL: This is obtained mainly from drying and grinding of animal tissues, flesh and edible parts. This is also used in livestock feed production, due to its high protein content.

COTTONSEED MEAL: This is obtained after cotton seed have been crushed and oil extracted, which leaves the cotton seed meal used in livestock feed. It is rarely used due to the compound, Gossypol it contains.

PEANUT MEAL: This is the leftover obtained after extraction of oil from peanut seeds. This also forms one the rarely used protein source in fish feed.

CORN: This is obtained from maize and serves an energy source in fish feed manufacture.

CORN GLUTEN MEAL: This is obtained as a by-product of corn processing, which has been used in livestock feed over time. This is the main protein contained in corn.

WHEAT GLUTEN: This is obtained from the gluten, the major protein in wheat. This is plant protein used as an alternative source in fish feed either due to non-availability of fish meal or to cut down cost of fish feed production.

RAPESEED MEAL/CANOLA: This is obtained after rapeseed has been crushed and its oil extracted. It is another plant protein source used as an alternative to expensive fish meal. However, this is rarely used due to its anti-nutritional components such as phenolic compounds (tannins and sinapine), glucosinolates and phytate.

SESAME MEAL: This is a by-product of oil extracted from sesame seed.

It should be noted, that asides from protein and energy sources listed above; there are also Minerals that are equally important in aiding the growth and performance of fish. These include Calcium, Iron, Iodine, Phosphorus and Zinc. Bulk of the raw materials afore-listed, such as fish meal, poultry meal and bone meal are also sources of these minerals.

It should be equally noted, that apart from protein, energy sources and minerals, Vitamins though required in trace amounts are important for growth, reproduction and boosting immune system. Vitamins required by fish include A, B-Complex, C, D and K. 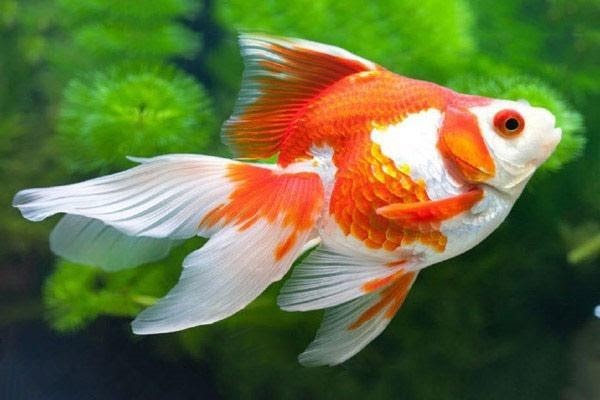 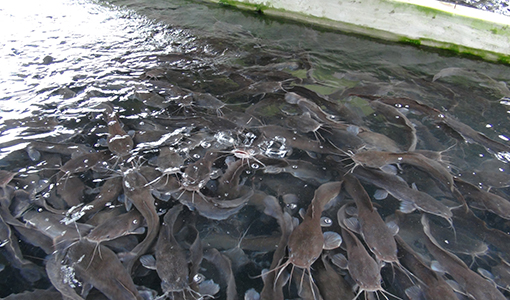