The continuous aquaculture growth depends on the development of fish seeds with high fertilization, survival and growth levels.  High feed conversion capacity and other factors also play a vital role in this field.

Fish farming in Nigeria is a very lucrative sector and is primarily driven by a steady rise in demand for fish varieties. When you’re entering into any business, your aim is to make profit.  In aquaculture, farmers are always open to any dimension which makes the whole culturing activity easier, and also with greater profit.

In fish farming, especially catfish farming, different species of catfishes are available for culture. However, it is important to note that these species have a different mode of adaptation and lifestyles.

These traits are to be noted before settling to breed a particular species. As a farmer, it is an you need to weigh your options carefully before deciding which species exactly to culture. This might go a long way in affecting your business either positively, or negatively.

Species of catfish cultured in Nigeria include; Clarias gariepinus, Heterobranchus bidorsalis, Clarias x Heterobranchus hybrid (Heteroclarias), and Clarias nigro-digitatus. These species are prominent in some regions than the other, for instance, Heterobranchus sp are very common in the southeastern part of Nigeria while Clarias dominate the western part.

The purpose of this article is to carefully scrutinize two of these species; which are the most cultured, and determine which is more economically and less-labor consuming to venture into its culture, they are Clarias gariepinus and clarias x heterobranchus (heteroclarias).

Now let’s critically observe the basic features and characteristics of these two species.

In culturing any species, the first step is breeding.  Fingerlings can only be obtained from this process by artificial propagation in the hatchery. This is done through hormonal induction. Breeding of Clarias gariepinus is almost as that of other species of catfishes.

The next step after breeding is to determine the culture system to be used, one must be aware that these African catfishes including Clarias gariepinus are carnivorous in nature. You’re expected to take great care in sorting them according to size. If you don’t  do this, there might be a problem.

Believe it doesn’t feel good see your fishes eat each other. Clarias are bottom feeders in all stages of their lives, yet their feeding habits are adaptable and sometimes filter feed in groups on the surface of the water.

Diverging to their growth rate, under agricultural conditions, growth is determined by temperature, feed efficiency, and ration and feed frequency. These factors cannot and should not be overlooked.

The temperature of their environment is quite important to growth as mortality can set in the moment the temperature isn’t conducive. The optimum temperature for growth is around 28 °C. Under good farming practices,

This specie is the hybrid product of the cross-breeding between Clarias gariepinus and Heterobranchus longifilis. they are commonly known among Nigeria catfish farmers as “hybrid”.

As student of aquaculture, I am more inclined towards heteroclarias than other species, this is due to its many favorable factors which I will explain subsequently, this, however, should not change farmer’s choice on which is preferable for them to culture.

Heteroclarias have high resistance to diseases, they have a fast growth rate as they can grow in weight up to 1kg within five months, if they are properly cultured under good environmental conditions, although these particular species are very tough as they survive longer and stronger than other species.

Mortality in heteroclarias is low, this right here sounds like an advantage to catfish farmers, and also there is a reduction in cannibalism compared to other species. Concerning nutrition, heteroclarias are highly adaptable to a wide variety of fish feeds dependent on plant protein.

They consume more protein-source feed and their feed conversion ratio is high which may be the reason behind their fast growth rate. It is important to state the above factors for farmers to make them decide which of these species will make business more profitable for them as this their major aim.

Although deciding doesn’t necessarily mean one would end up with the right choices, therefore, I’m going to outline reasons why each of the aforementioned species has an edge over the other.

Imagine culturing this species with little or low mortality, growing at a fast pace and growing to be very big within a few months. It is well known in catfish farming that the bigger the size, the higher the profit and let’s not forgets the whole purpose is to make a profit.

Clarias gariepinus also has certain features such as high market price, rapid growth, and the ability to withstand adverse pond conditions, especially low oxygen content.  All these features however are also present and more in heteroclarias since C. gariepinus is only one of the parent materials used in breeding them ( heteroclarias).

No doubt heteroclarias has more productivity and profitability edge over Clarias gariepinus.

Heteroclarias is therefore recommended for fish farmers who want to make more profit while ensuring greater survival of their fish. It is still a matter of choice though, but the question remains, heteroclarias ( hybrid) or Clarias gariepinus? 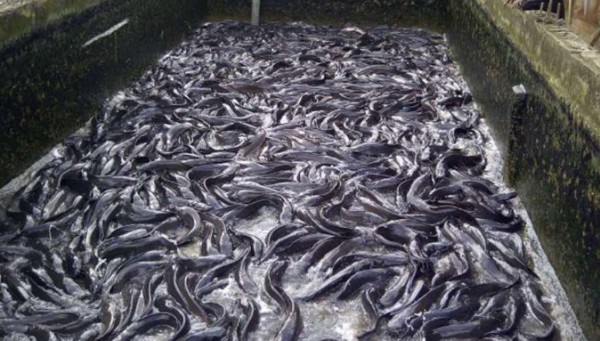 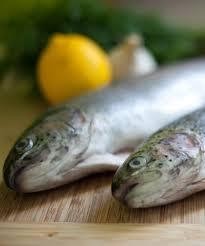